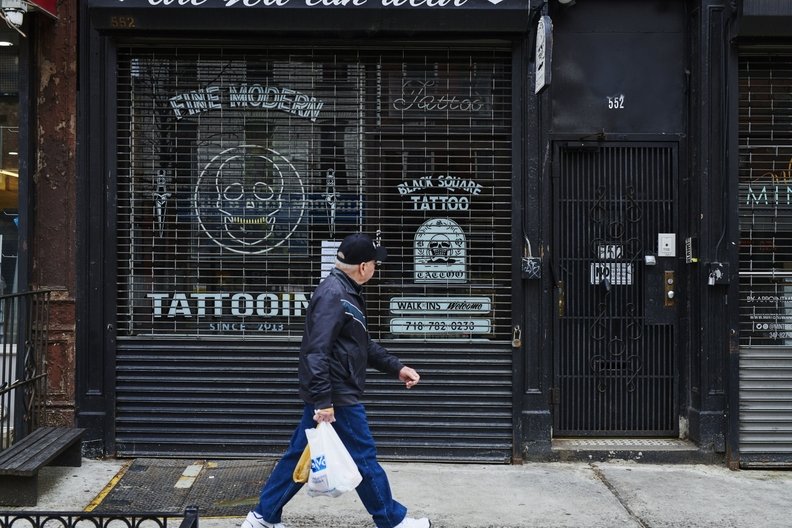 Neither mom-and-pop businesses nor the city itself would be able to pay for a suite of bills meant to guarantee hazard pay and stronger rights for essential workers, officials said Tuesday.

“We recognize that the mom-and-pops cannot sustain or survive with this legislation as was mandated,” said City Councilwoman Laurie Cumbo of Brooklyn, co-sponsor of a bill that would give bonuses of up to $75 to essential workers. "The Amazons of the world, who are making a lot of money, we need to figure out how we capture them in this legislation.”

Dubbed the Essential Workers Bill of Rights, the package under discussion in Tuesday's labor committee hearing aims to expand protections for essential workers on the front lines of the Covid-19 pandemic.

Sponsors of the bills say it is unfair to put low-wage employees to work in the pandemic without paying or protecting them adequately. The hearings, which lasted seven hours, put on full display the difficulty of funding such proposals amid the massive economic fallout of the pandemic.

Council members and a litany of business groups—including the Partnership for New York City and the Brooklyn and Manhattan chambers of commerce—said businesses would not be able to foot the cost of the package.

"We employ 160 hourly workers. If I have to pay those 160 hourly workers an extra $75 per shift, that's an extra $12,000 a day," said David Offerman, president and CEO of manufacturer IEH Corp. He added that IEH revenue will be down 40% as a result of Covid-19. "If this legislation passes," he testified, "I'll have to leave New York City tomorrow."

"Without a guaranteed funding source to implement them, our financial stability will be in serious jeopardy," Michelle DeMott of rehabilitation center Samaritan Daytop Village told the council. “It’s not an exaggeration to say that these bills will result in layoffs.”

Those agencies have little room to bankroll new initiatives. Lorelei Salas, commissioner of the Department of Consumer Affairs, hesitated on whether nonprofits should be included in the hazard-pay bill.

“Just for financial resources, I would say that it definitely will place a strain on the city," Salas said. "It will come back to the city to increase the funding. I’m not sure I have a better answer for that right now.”

Many fingers on the council's virtual floor pointed to the federal government to foot the bill. Sen. Chuck Schumer has proposed a Heroes Fund, which would give a $25,000 pay increase to all essential workers for this year.

Hope of federal assistance aside, the funding debate puts the package—and the essential workers who testified at the start of the hearing—in a precarious position. Tarek Kachakech, an employee at a T-Mobile, was one such essential worker. He spoke of facing a choice between protecting his job and speaking out for Covid-19 safety measures in his workplace.

A bill in the package offering just-cause protections would change that, Kachakech said.

But businesses testified that the just-cause rule would make it burdensome to fire employees under any circumstances.

Councilman Brad Lander, a sponsor of the just-cause bill, said it would allow for furloughs and layoffs as a result of Covid-19, and was meant to prevent firing of workers for speaking out against their employer about health risks.

After the marathon session, Lander said the council still had work to do on the package, but he said the body was committed to the reforms.