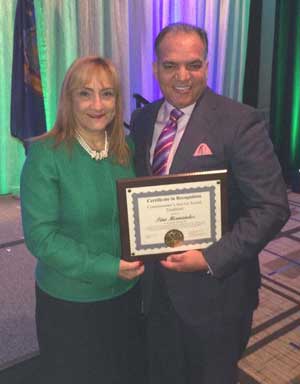 Hernandez was acknowledged for his long-time commitment and leadership in the areas of substance abuse prevention, treatment and recovery. At Samaritan Village, he has led the agency's expansion of evidence-based practices, recovery-oriented services, veteran-specific treatment, and transitional housing and shelters. As a leader in the health and housing fields for 30 years, Hernandez was cited for his dedication to excellence, positive impact on the community, and position as an inspiring role model to the treatment community.