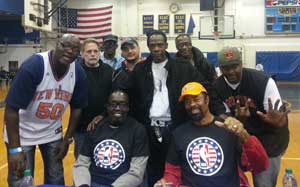 Ten veterans from Samaritan Villages Veterans Residential Treatment Programs met some of basketballs greatest legends at the Hoops for Troops event on November 6, 2014 at Pace University. Sponsored by the New York Knicks in collaboration with PlayStation, the event featured a free basketball clinic as well as a food and coat drive to benefit military veterans in need or without homes. 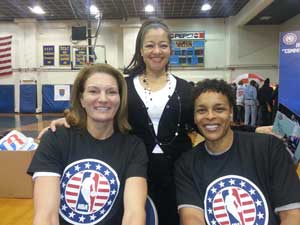 Samaritan Village Program Manager Leslie Davis, who organized the outing and escorted the clients, said, The event was a positive outlet for the clients, and a great way to get into the spirit of Veterans Day. Some of these men appreciated being recognized for their military service. Most of all, it was encouraging for them to know that through sobriety unique experiences such as this is possible.